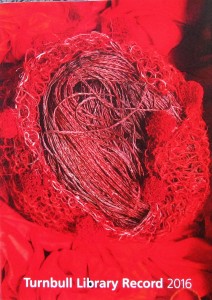 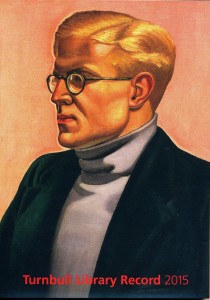 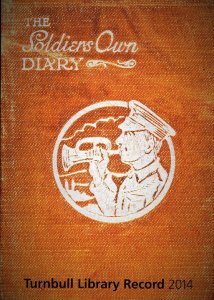 The Turnbull Library Record is a peer-reviewed scholarly journal in the humanities published yearly by the Turnbull Library in association with the Friends of the Turnbull Library. It contains a wide range of material, with special emphasis on the societies of New Zealand, Australia, and the islands of the Pacific. Other topics of relevance are the history of printing, early printed books, John Milton and his contemporaries, and fine printing. These are areas in which the Alexander Turnbull Library’s own collections and research interests are particularly strong.

The Record is distributed free to all members of the Friends. Back copies are available to the public on application to the Secretary, Friends of the Turnbull Library, PO Box 12-186, Wellington ($30 per copy from 2012 onwards, earlier issues $20 each, including packing and postage).

The most recent issue (Vol. 48, 2016) is a miscellany of articles, ranging from New Zealand’s operatic heritage to history and biography and Katherine Mansfield’s spiritual quest.

Last year’s issue (Vol. 47, 2015) commemorated the centenary of the birth of composer Douglas Lilburn in Wanganui on 2 November 1915.