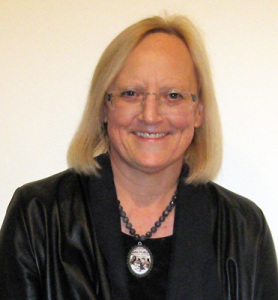 Charlotte Macdonald, professor of history at Victoria University of Wellington, presented the Friends of the Turnbull Library Founder Lecture on Thursday 19 June, at the Adam Auditorium, Wellington City Gallery.

Her topic, Looking down the barrel of history: tragedy and heroism at Te Ranga, 21 June 1864, was the story of the last major engagement of the “New Zealand Wars”, when more than 100 men died in a battle between Māori led by Ngaiterangi, and British troops under Colonel Henry Greer.

Illustrating her talk with many images from the Turnbull collections, Charlotte skillfully explored the context of this disastrous encounter: the social and political world of Tauranga in 1864, and the ensuing legacy of the catastrophic events of that June day.