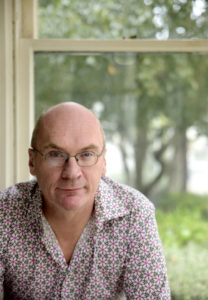 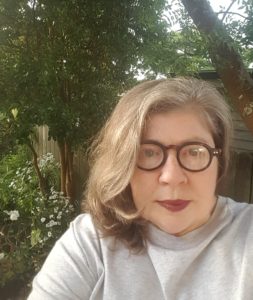 The Friends of the Turnbull Library is delighted to announce that two research grants will be awarded in 2018.

Wellington historian Dr Vincent O’Malley – whose fine book The Great War for New Zealand: Waikato 1800-2000, was published by Bridget Williams Books in 2016 – receives a research grant to assist him to begin work on a book on the New Zealand Wars aimed at secondary school students as well as a general market.

Dr O’Malley says that his project “takes us to the heart of the series of conflicts that profoundly shaped the course and direction of our nation’s history.” The new book will focus on a number of quite lengthy first-hand accounts (manuscripts held in the Alexander Turnbull Library) from Māori and Pākehā who either fought in or witnessed the wars that ravaged New Zealand between 1845 and 1872. From Heni Te Kiri Karamu’s narrative of her remarkable exploits as a wahine toa, through to Gustavus Ferdinand von Tempsky’s colourful account of his time in the Forest Rangers and beyond, these stories will resonate with New Zealanders who are now acknowledging the need to remember, embrace and own our past.

Auckland dress historian Angela Lassig receives a research grant towards the publication of an illustrated book on the history of women’s dress in nineteenth century New Zealand. Ms Lassig has drawn almost all her material from the rich and diverse collections of the Turnbull Library. She will be making use of letters and diaries, cartoons and advertisements, sketchbooks and photographs, to create an accessible social history for the study and enjoyment of New Zealand women’s dress and textile heritage. Images will be accompanied by detailed descriptions of the women, their clothing, their social circumstances and additional information such as about the dressmakers and drapery shops that may have been available to women at the time.

These grants bring the total number of projects assisted by the Friends of the Turnbull Library to fifteen, since the first grant was awarded to Philip Norman in 2004 for his biography of Douglas Lilburn. Six biographies have been awarded research grants and a very diverse range of other projects ranging from a survey of ecclesiastical architecture (2006) to a history of rugby league (2017).

Significant bequests have created the research fund, but Rachel Underwood, president of the Friends of the Turnbull Library, says there are always many more applicants than can possibly be funded. “The vast collections of the Alexander Turnbull Library – a world-class research library that attracts scholars from around the globe – provide fertile soil for many diverse research projects. We would love to be able to support more researchers with larger grants,” Mrs Underwood said. “We encourage people who might be able to make donations or to set up bequests to come and talk to us about how they could help.”