In conjunction with the Friends of the Takapuna Library, we are delighted to present:

Revolutions Per Minute: The counterculture in New Zealand, 1960-1975

Wellington writer, critic and broadcaster Nick Bollinger (pictured right) has been a music columnist for The Listener and presenter of the music review programme The Sampler on RNZ National. He is the author of How To Listen To Pop Music, 100 Essential New Zealand Albums and Goneville, which won the Adam Prize for Creative Writing in 2015. He is currently a visiting researcher at the Stout Research Centre and working on a history of the counterculture in New Zealand.

Nick is an excellent writer and a lively speaker. While research will take him from one end of the country to the other, certain events in Auckland are pivotal to the story. Among other things, he will look at the 1969 ‘liberation of Albert Park’ and the origins of the ‘Jumping Sundays’ that took place there.

Join us at the Takapuna Library on The Strand has for this entertaining, free public talk.

Watch this space for news soon about our next speaker.

PATTERNS: THE PRINTED IMAGE AND A CENTURY OF COLONIAL-MADE FURNITURE

Wellington art historian, author and colonial furniture specialist Dr William Cottrell, who wrote the award-winning Furniture of the New Zealand Colonial Era (1830-1900), has been researching his next book in the Turnbull Library. He has identified a formerly unrecognised art history of material culture. William’s lively illustrated talk looked at the influence of printed patterns over one hundred years on colonial furniture design.

New Zealand’s earliest furniture from the 1830s-60s can be traced to just a handful of designers from two major London publishing houses. Their patterns for Greek, Gothic, French and “Elizabethan” Renaissance were interpreted by migrant cabinet makers and had an overwhelmingly influence on the style of our colonial home interiors.  But when the pattern book evolved into a cheaply printed advertising pamphlet displaying manufacturer’s wares, even small New Zealand furniture-making firms began to produce their own ‘brand’ trade catalogues. Invariably they were illicit copies reproduced from the in-house design work acquired from large English cabinet-making firms. Illegality aside, they generated fashion awareness with consumers and were guides for industry. Nowadays very few have survived but those that do provide a new insight into taste, modernity and the surprising range of products available. By the late 1890s, hobbyist publications fostered a pastime for home craftwork. Some of those pieces now represent our rarest and most important domestic furnishing objects, yet little has ever been documented. William Cottrell discussed the three aspects of pattern production that influenced colonial domestic furniture design; the designer, the manufacturer’s trade catalogue and the publisher’s subscription magazine. 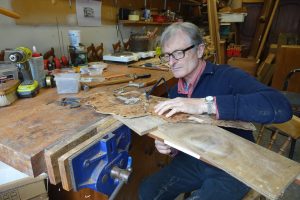 Promises, Promises: A lively history of political advertising, from the first election of the modern era in 1938 to today

Professor Claire Robinson, Pro Vice-Chancellor, Toi Rauwharangi College of Creative Arts at Massey University, has been researching political advertising in the Turnbull and the result is her just-published book, Promises Promises: 80 years of wooing New Zealand voters (MUP). The book is a lively, insightful history of political advertising from 1939 until today, illustrated with over 550 images of campaign material, largely sourced from the ATL. Claire’s research focus has always been on political design so her analysis is both penetrating and original. However for many it offers a trip down memory lane; these advertisements are unique snapshots in time. Claire noted just how little difference there has been between the two main parties over the last 80 years. They have both proffered happiness to be delivered through growth and consumerism – sadly neither have seemingly delivered. 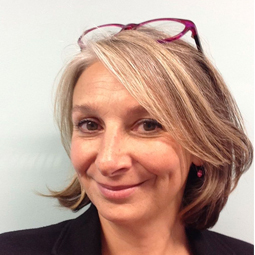 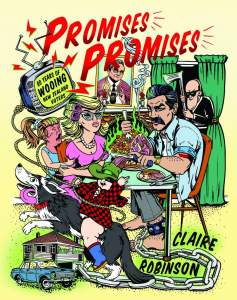